Oceanographic conditions in coastal Chilean northern Patagonia (41–46°S) are strongly influenced by freshwater inputs. Precipitation and streamflow records have shown a marked decrease in this area during the last decades. Given this hydro-climatic scenario, we evaluated the hydrological sensitivity driven by climate change in the Puelo River (average annual streamflow = 640 m3 s−1), one of the most important sources of freshwater in the fjords and inland seas of Chile’s Northern Patagonia. A lumped hydrological model was developed to evaluate the potential impacts of climate change under the Representative Concentration Pathways (RCP) 2.6, 4.5, and 8.5 scenarios in the near future (2030–2060) using the delta change method based on 25 General Circulation Models. The model was fed by local hydro-meteorological data and remote sensors, simulating well the magnitude and seasonality of Puelo River streamflow. Considering the Refined Index of Agreement (RIA), the model achieved a high performance in the calibration (RIA = 0.79) and validation stages (RIA = 0.78). Under the RCP 8.5 scenario (multi-model mean), the projections suggest that the annual input of freshwater from the Puelo River to the Reloncaví Fjord would decrease by − 10% (1.6 km3 less freshwater); these decreases would mainly take place in summer (~ − 20%) and autumn (~ − 15%). The recurrence of extreme hydroclimatic events is also projected to increase in the future, with the probability of occurrence of droughts, such as the recent 2016 event with the lowest freshwater input in the last 70 years, doubling with respect to the historical records. 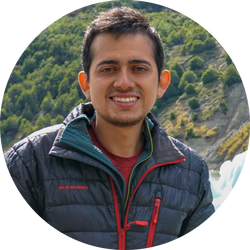